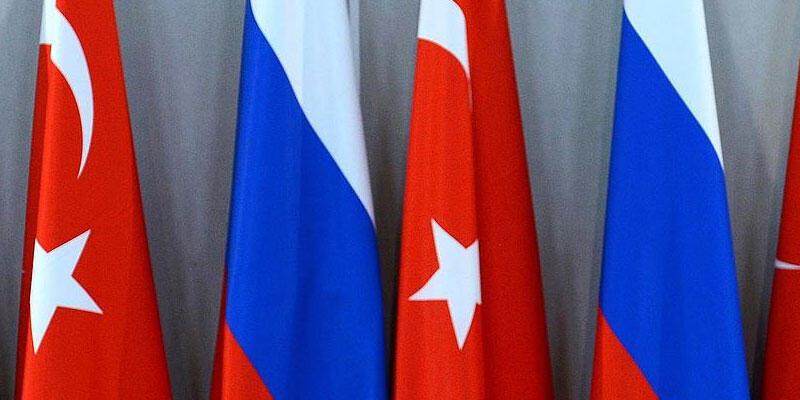 The deputy foreign ministers of Turkey and Russia discussed the settlement of the crises in Libya and Syria in the capital Moscow, Russia’s Foreign Ministry said late on Oct. 22.

During the meeting between Sedat Önal and Mikhail Bogdanov, it was stated that there has been progress in intra-Libyan political, military and economic negotiations, the ministry said in a statement published on its website.

The two highlighted the importance of dialogue among Libyans which is in line with the Berlin Conference and U.N. Security Council decisions.

Libya has been torn by a civil war since the ouster of late ruler Muammar Gaddafi in 2011.

The current government was formed in 2015 under a U.N.-led agreement, but efforts for a long-term political settlement have failed due to a military offensive by forces loyal to warlord Khalifa Haftar.

“While discussing the situation in Syria, the parties pointed out the relevance of further coordinated efforts of Russia and Turkey, including as part of the Astana process, on assisting in reaching a comprehensive settlement on the basis of Resolution 2254 of the U.N. Security Council and the commitment to the principles of the unity, territorial integrity and sovereignty of Syria,” the statement added.

The Astana peace process to end the Syrian conflict was launched in January 2017 by Turkey, Russia and Iran.

Syria has been ravaged by a civil war since early 2011, when the Bashar al-Assad regime cracked down on pro-democracy protesters.

Hundreds of thousands of people have been killed and more than 10 million displaced, according to U.N. estimates.

The Turkish president on Oct. 22 spoke to his Iranian counterpart over the phone to discuss the Armenia-Azerbaijan conflict over Upper Karabakh and regional issues, including developments in Syria, according to Turkish authorities.

Recep Tayyip Erdoğan and Hassan Rouhani also exchanged views on developing the Turkey-Iran relations and strengthening the cooperation in fighting terrorism, the Directorate of Communications said in a statement.

Erdogan emphasized that the attacks of Armenia – which started a crisis with its occupation of and attacks on Azerbaijani territories – against the civilian population are “war crimes,” the statement said.

He also stressed that it is important to stand at a point that distinguishes right and wrong, as well as occupied and occupying sides in this issue.

During the phone talk, Erdoğan also said that besides common interests, Turkey sees the close cooperation and solidarity with Iran as a requirement of neighborly ties.

The Turkish leader said that it is necessary to act jointly against the PKK/YPG terrorist group, which threatens the unity and integrity of Syria, and to maintain the cease-fire in Idlib, adding that joint efforts to ensure stability are required to produce positive results.