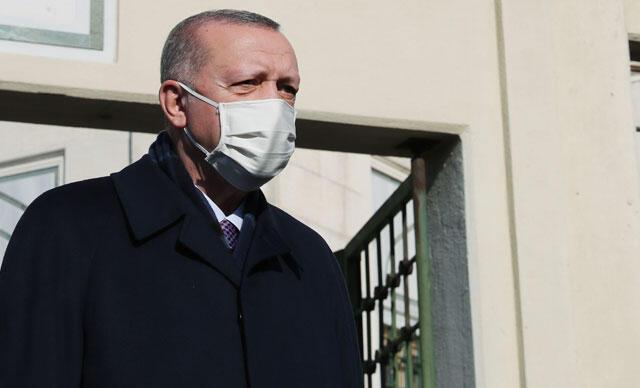 The sale of 10 percent of Borsa Istanbul to a Qatari fund is in line with Turkey’s efforts to turn the Wealth Fund into a global brand, President Recep Tayyip Erdoğan has said, re-emphasizing that the Kanal Istanbul was still a priority for the government despite the ongoing economic problems.

“In the next period, we want to grant a very different place to the Wealth Fund at the global scale. The signing of agreements during the visit of the Qatari Emir is one of the steps that we have taken to this end,” Erdoğan told reporters on Nov. 27.

Stating that he is the head of the Wealth Fund, and the government is implementing the decision that had already been taken by the board, Erdoğan said, “There is nothing extraordinary.”

Turkey and Qatar signed 10 agreements during the visit of Emir Sheikh Tamim bin Hamad al-Thani to Ankara, including the transfer of 10 percent of the Borsa Istanbul shares from Turkey’s Wealth Fund to Qatar. Another agreement was inked to transfer shares of Istanbul’s Istinye Park, a luxury shopping mall.

A memorandum of understanding (MOU) was signed for joint investment in the Made in Istanbul Golden Horn Project. The transfer and purchase of shares of the Middle East Antalya Port Operators from Turkey’s Global Ports to Qatar’s Terminals W.L.L. was also agreed upon. An MOU was also signed for joint promotion activities between Turkey’s Commerce Ministry and Qatar’s Free Zone Administration.

“We will maintain our solidarity by strengthening it further in all fields with the brotherly people of Qatar, with whom we are inseparable with strong ties of affection,” President Erdoğan said on Twitter

Kanal Istanbul is still a priority

Speaking to the reporters, Erdoğan said Turkey’s investments would not stop, and the government’s priority was still in accomplishing the Kanal Istanbul, which he calls “the crazy project,” which aims to create an artificial channel linking the Black Sea to the Marmara Sea. A new city is being planned to be built on the two banks of the Kanal Istanbul.

“Locally and globally, demands for the Kanal Istanbul Project are intensively increasing,” he said, stating that the project’s architectural and technical phases were already complete and ready for initiating a tender.

“Istanbul will gain a much different view and power in the international sense through the Kanal Istanbul Project,” he stated.

Erdoğan also informed that the works for the accomplishment of the project will be carried out with the cooperation of the Transportation Ministry and the Environment and Urbanization Ministry.

Kanal Istanbul will connect the Black Sea from the north of Istanbul to the Marmara Sea in the south and is estimated to cost 75 billion Turkish Liras ($11.6 billion). The government says it will ease shipping traffic in the Bosphorus Strait to prevent accidents there.

The opposition, however, opposes the idea of creating an artificial channel on the grounds that it will cause irreparable damages to the ecological life and entire environmental infrastructure in the region. They suggest that the channel will end the biological life in the Marmara Sea while disrupting the underground waters of the Istanbul area.