Azerbaijan's 'struggle' with Armenia not over: Erdoğan 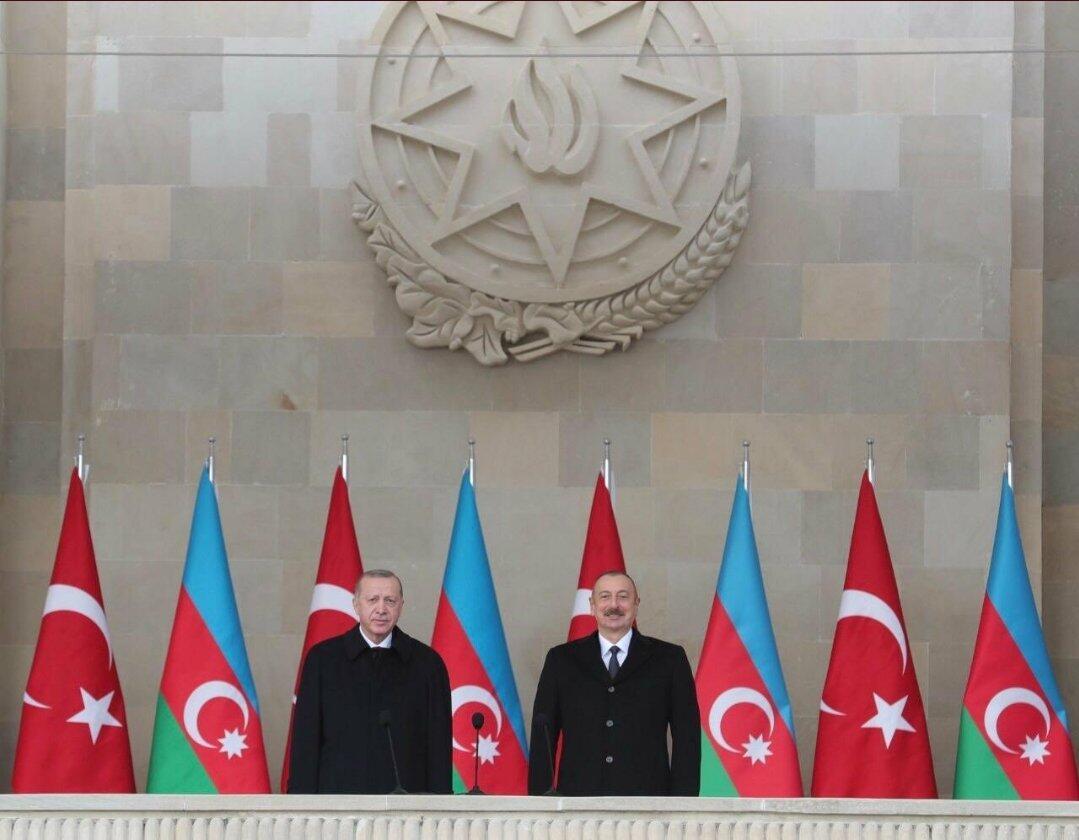 President Recep Tayyip Erdoğan has vowed that Turkey and Azerbaijan will continue to cooperate to develop the liberated lands of Nagorno-Karabakh, as he attended Azerbaijan’s military victory parade on Dec. 10.

The visit marks the completion of Azerbaijan’s recent military success in liberating its region of Nagorno-Karabakh from nearly 30 years of Armenian occupation. Baku was decorated for the victory parade to be held for the liberation of the territories occupied by Armenia, with Turkish and Azerbaijani flags displayed on streets and buildings. Turkish soldiers also participated in the victory parade, which will be held in Azadliq Square in the capital Baku.

Laws of war were seriously violated, human dignity trampled in Nagorno-Karabakh, Erdoğan said and emphasized that Armenian forces should give an account for the killings of civilians and the damage they caused.

Relations between Azerbaijan and Armenia should be rethought by the Armenian people and politicians, as nothing can be gained under “Western imperialist goading,” Erdoğan said.

Erdoğan emphasized that Armenian politicians have spent the resources of the country to preserve its presence on the occupied lands in Nagorno-Karabakh.

The situation in Armenia would be different today if the sources of the country were not wasted by the “passion of the rulers, whose eyes are full of grudge and blood,” Erdoğan stated. 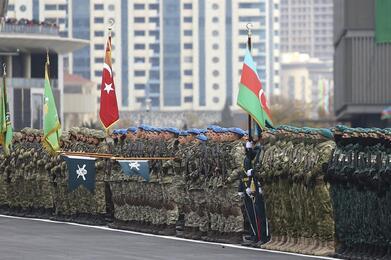 “We hope that the Armenian politicians will take bold steps for peace and stability,” he said, adding that they hope the Armenian people will be free of the “captivity of the diaspora.”

If the Armenian people take a lesson from the latest developments regarding Nagorno-Karabakh, a new period for peace and stability could start in the region, the president said.

“We also wish the people of Armenia to get rid of the administration that condemned them to poverty by consoling them with the lies of the past. Relations should be reconsidered based on good neighborliness rather than hostility,” he said.

Nagorno-Karabakh is an inseparable part of Azerbaijan, President İlham Aliyev said during the country’s victory celebrations.

Armenia has received the response it deserves for its occupation of Azerbaijani lands and Shusha’s liberation has become a turning point in the war, Aliyev said.

“Shusha’s liberation a historical event. Its liberation crippled Armenian forces and led to our victory,” he stated.

“If Armenia dares to show its fascism towards Azerbaijan once again, it will face our iron fist. A new period is beginning for Azerbaijan,” he added.

Aliyev also thanked Turkey for its support during its war against Armenia. “Azerbaijan received Turkey’s support from the first hours of the recent Nagorno-Karabakh war,” he said.

“Today the whole world sees that Karabakh is Azerbaijan, ‘long live the Turkey-Azerbaijan friendship,” he said.