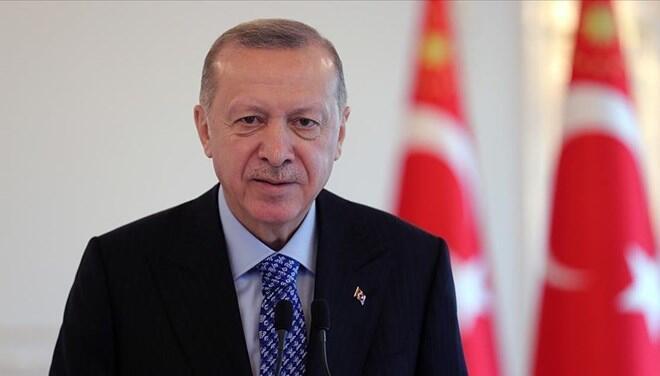 The Turkish president on Dec. 5 termed a French parliament resolution on Upper Karabakh a “complete disaster.”

“The decision taken the previous day in the parliament of France, the co-chair of the [OSCE] Minsk Group, is a complete disaster beyond the scandal,” President Recep Tayyip Erdoğan said at the opening ceremony of a newly built motorway in eastern Turkey via video link.

A so-called French resolution to recognize Nagorno-Karabakh as an independent state was adopted on Dec. 4.

Erdoğan noted that Azerbaijan did not attack anyone or anyone’s lands, and it just liberated its own lands that had been occupied by Armenia for nearly 30 years despite UN and OSCE resolutions.

“It [Azerbaijan] did this by remaining within the framework of legitimacy, not by targeting civilians and civilian settlements like Armenians,” Erdoğan stressed.

Referring to the French resolution, he said that such an attack on the sovereignty rights of a state is “unacceptable”.

“We hope that the international public will react to this approach, which is dangerous and will threaten all states, initiated by France,” Erdoğan said.

The Turkish president also warned that Europe would get the most damage from this distortion, as it owes its current political unity to “a very bloody and dark period of struggle.”

“The heroic Azerbaijani army, carried out the ‘One Homeland Operation’ with great success and liberated Karabakh from the 30-year-long occupation of Armenia in 44 days with the contribution of our indigenous and national weapon systems,” Akar said.

He said the Turkish systems’ decisive effects on the course of the operation are being discussed all over the world.

Relations between the former Soviet republics of Azerbaijan and Armenia have been tense since 1991 when the Armenian military occupied Nagorno-Karabakh, also known as Upper Karabakh, a territory recognized as part of Azerbaijan, and seven adjacent regions.

During the conflict, Azerbaijan liberated several cities and nearly 300 settlements and villages from the Armenian occupation.

The two countries signed a Russian-brokered agreement Nov. 10 to end fighting and work toward a comprehensive resolution.

The truce is seen as a victory for Azerbaijan and a defeat for Armenia, whose armed forces have been withdrawing in line with the agreement.