Iraqi PM due in Ankara to discuss economy, security 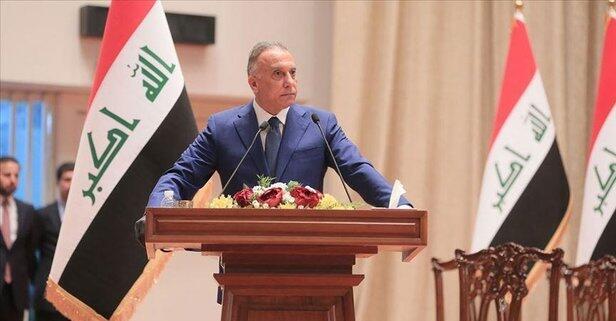 Iraqi Prime Minister Mustafa al-Kadhimi will pay a one-day official visit to Ankara to discuss economy and security matters with President Recep Tayyip Erdoğan as the central government in Baghdad and the regional government in Arbil have launched a joint effort to wipe out the PKK and other terror groups from the Sinjar region of Iraq.

According to a statement issued by the Turkish presidency, the two leaders will discuss all the aspects of the bilateral relations including combatting terrorism, the reconstruction of Iraq, trade and energy in a bid to further improve ties between the two neighbors.

Erdoğan and al-Kadhimi will review the recent developments in the region during the talks, it added.

Ahead of al-Kadhimi’s visit, Iraqi Foreign Minister Fuad Hussein came to Ankara for the preparation of the prime minister’s visit, the Turkish Foreign Ministry said in a written statement.

Al-Kadhimi took the office in May 2020 and is paying his first visit to Turkey upon the invitation of Erdoğan.

As noted by the presidential statement, security will be one of the top issues the two leaders will discuss, particularly after Baghdad and Arbil agreed to clear the Sinjar province from the PKK’s presence.

The PKK, which has its headquarters and training camps in different parts of Northern Iraq, is designated as a terror organization by Turkey, the United States and the European Union.

The Iraqi central government and the Kurdistan Regional Government (KRG) announced in early October an agreement to eradicate the terrorist groups in Sinjar, a move welcomed by Turkey.

Turkey has long been urging the Iraqi authorities about the PKK using the region as a new headquarters as the terror organization is no longer feeling safe in the Qandil Mountains region of Northern Iraq where they have their main headquarters and training camps.

Turkey offered help to Baghdad and Arbil to clear the area from the PKK as well as ISIL, which has a small presence in the area.

The PKK managed to establish a foothold in Sinjar in mid-2014 under the pretext of protecting the local Yazidi community from ISIL. Around 450,000 Yazidis escaped Sinjar after the ISIL group took control of the region in mid-2014.