Who Might Joe Biden Select To Lead The Justice Department? 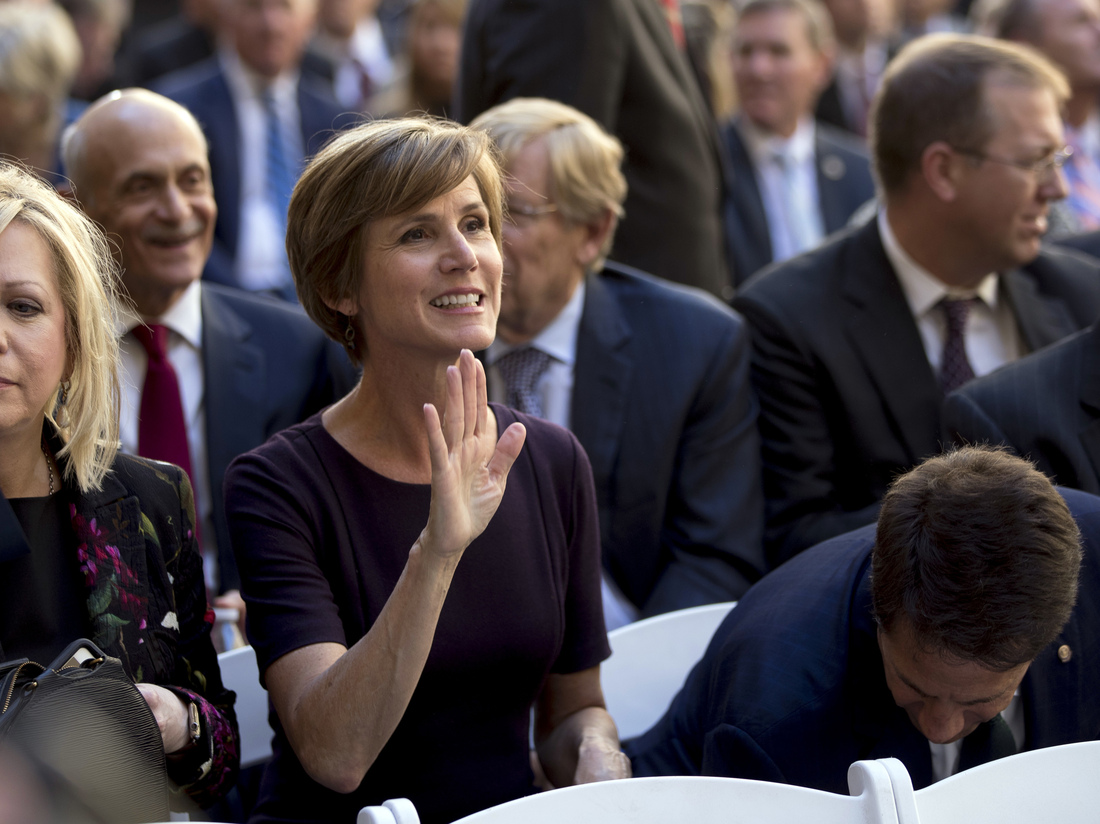 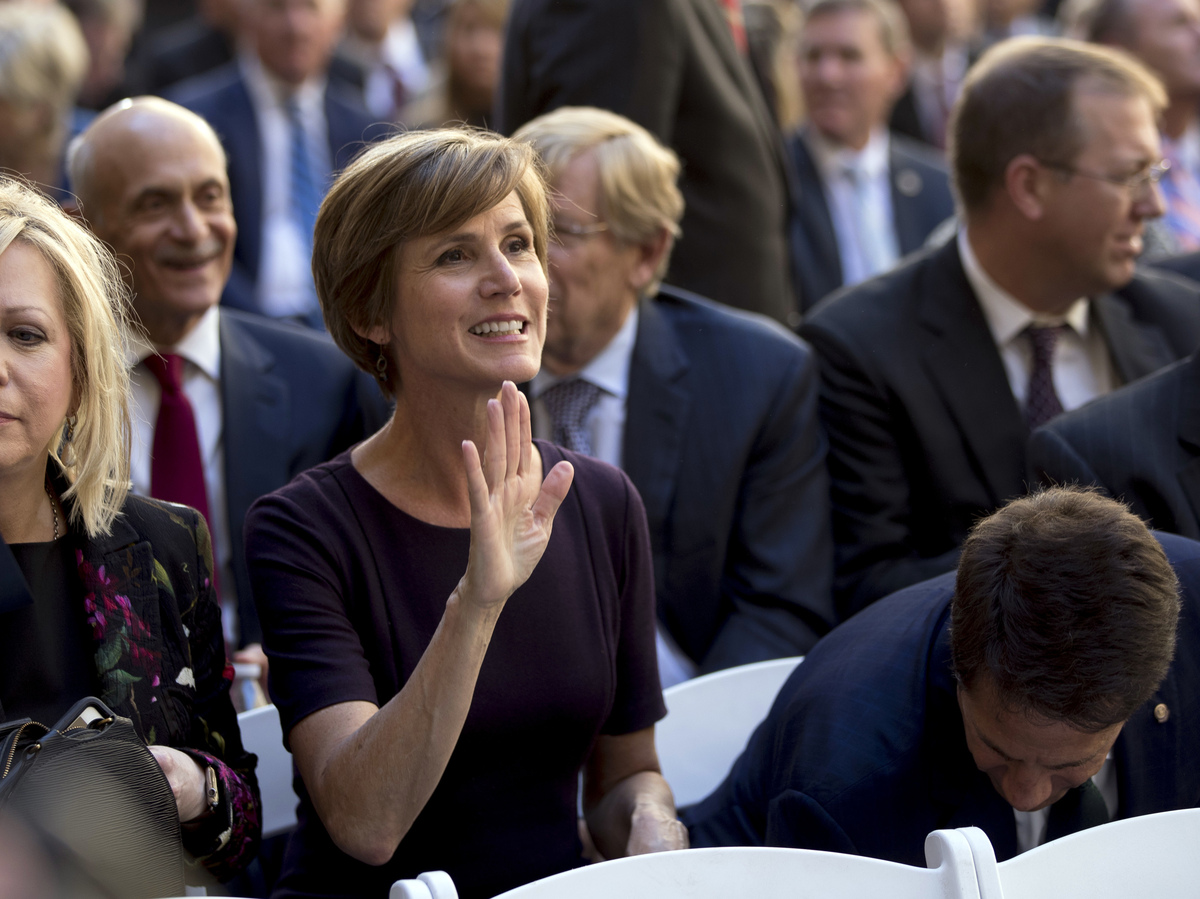 Choosing an attorney general is a critical task for a new president in normal times.

But after nearly four years of attack from President Trump, who pushed the Justice Department to punish his enemies and protect his friends, these are not normal times, as former Solicitor General Don Verrilli pointed out recently to an online audience at the Brennan Center for Justice.

“I think we have to not only rebuild the public’s confidence in the Department of Justice as an institution, we have to rebuild the sense of confidence and integrity on the inside, because it’s been so terribly, terribly damaged over the last three and a half years,” Verrilli said. “It’s a colossal tragedy.”

Restoring public confidence in law enforcement will be the main job of the next attorney general. But for President-elect Joe Biden and his team, picking the next leader of the Justice Department may not be an easy call.

The diverse coalition that helped Biden win the White House has some strong ideas about overhauling the system that include stricter oversight of police departments and rethinking who and how many people are sent to prison.

That poses a dilemma for the Justice Department, and the new administration in general: Pick a candidate who will shake up the way things have worked for decades? Or choose someone with experience prosecuting cases and managing 113,000 employees and a nearly $30 billion budget? 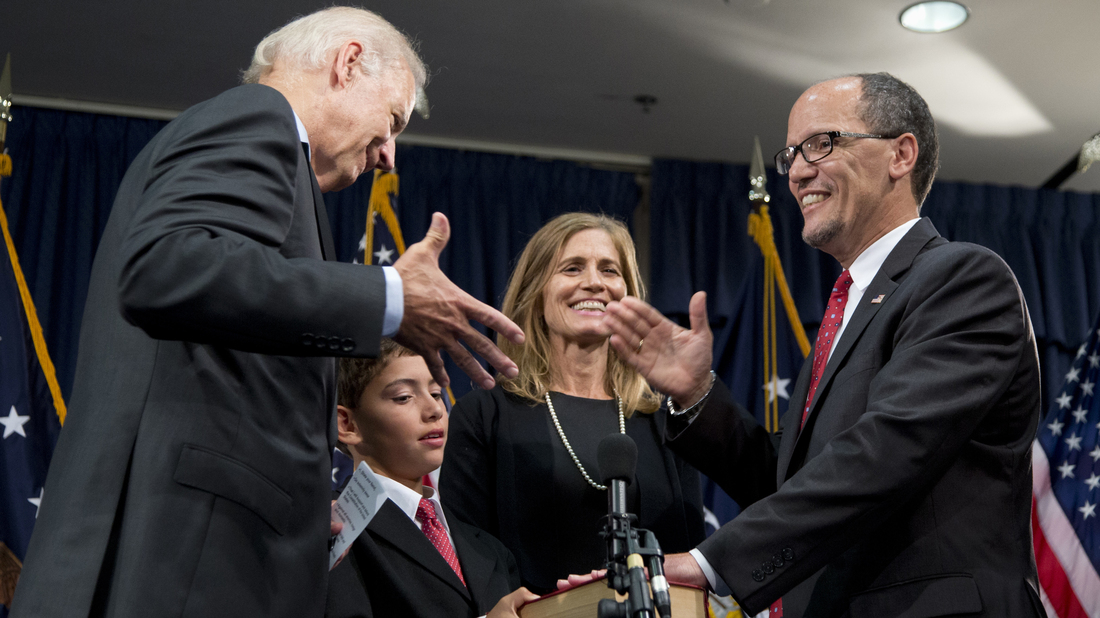 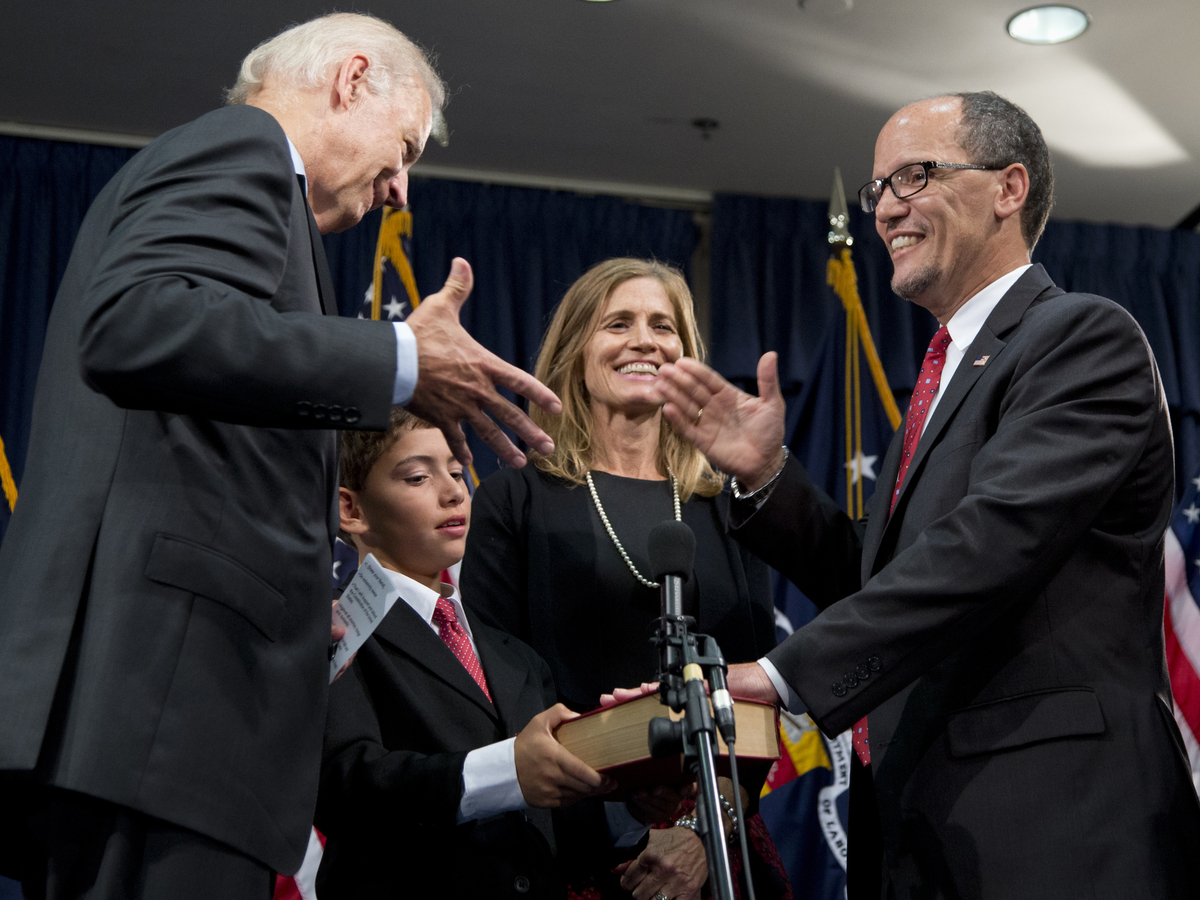 But Perez currently runs the Democratic National Committee, which may make an appointment seem too close to political combat for Biden. The incoming president has stressed the need for the Justice Department to reach decisions and act independently following what Democrats call improper closeness with Trump.

Others want to see a Black attorney general, such as former Massachusetts Gov. Deval Patrick, who led civil rights at Justice in the Bill Clinton era, or Tony West, who served as the associate attorney general — the third in command — in the Barack Obama years.

West now runs the legal department at Uber Technologies — not an easy job, as he told an interviewer who wondered why he took that daunting post at a conference in 2018.

“Well, I mean, why do people climb great mountains, right?” West asked. “It was a huge, huge challenge.”

Then again, West could be a sensitive choice in an administration anxious about the distance between the White House and the DOJ because he’s the brother-in-law of Vice President-elect Kamala Harris.

Practical politics always plays a role in who might get a nomination, and that could be the case if Republicans retain their majority in the Senate, which confirms major presidential nominees.

Senate Republicans have signaled they would support outgoing Alabama Sen. Doug Jones, a Democrat who worked as U.S. attorney in Birmingham during the Clinton administration.

Another leading candidate is former Deputy Attorney General Sally Yates. President Trump fired her 10 days into the administration for refusing to defend his travel ban for visitors from majority Muslim countries. Yates referenced that episode in remarks at the Democratic convention this year.

“That was the start of his relentless attacks on our democratic institutions and countless dedicated public servants,” she said.

Before she became known for how she left Justice, Yates had been a career prosecutor, meaning she worked in top jobs under Democrats and Republicans, for 27 years. She brought to justice corrupt public officials in her native state of Georgia as well as Olympic Park bomber Eric Rudolph.

Yates’ supporters point out that during the Obama years, she helped promote education programs for incarcerated people and phased out DoJ’s contracts with private prisons. Trump appointees later reversed both those moves.

For deputy attorney general, the No. 2 job at Justice, one leading candidate is Neil MacBride.

MacBride has been the top federal prosecutor in Northern Virginia, where he oversaw prosecutions against gang members, white collar fraudsters and even Somali pirates — winning the first such jury convictions in more than 190 years. 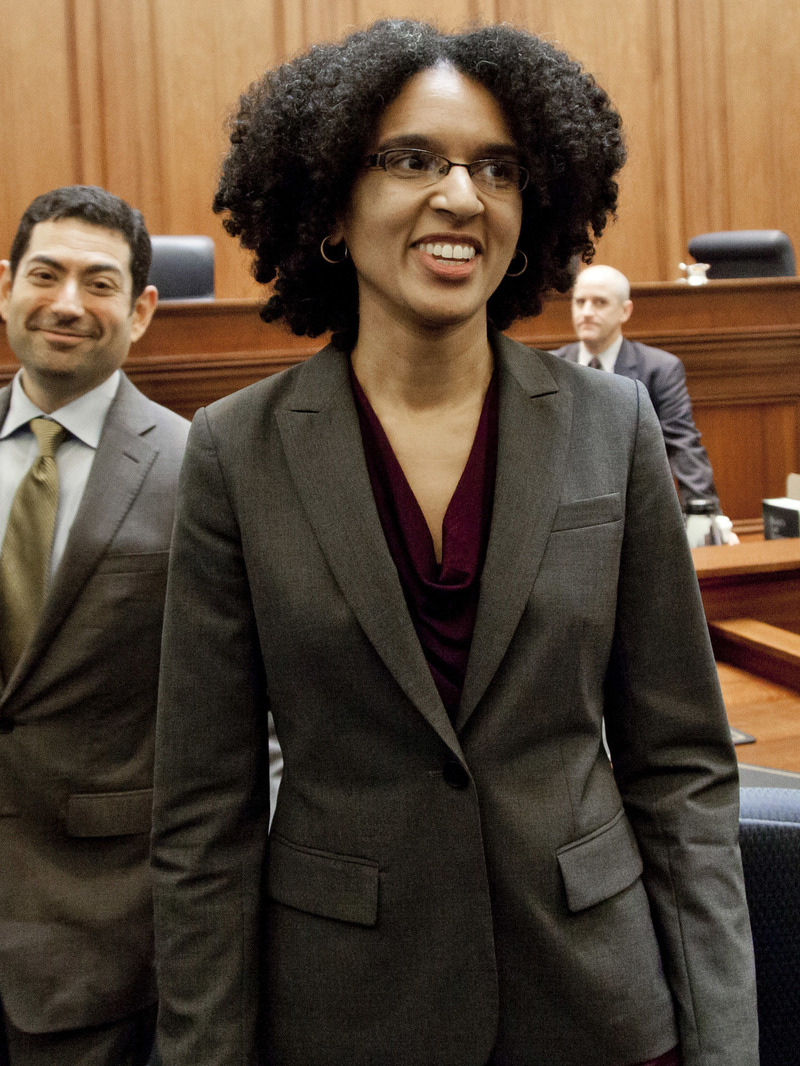 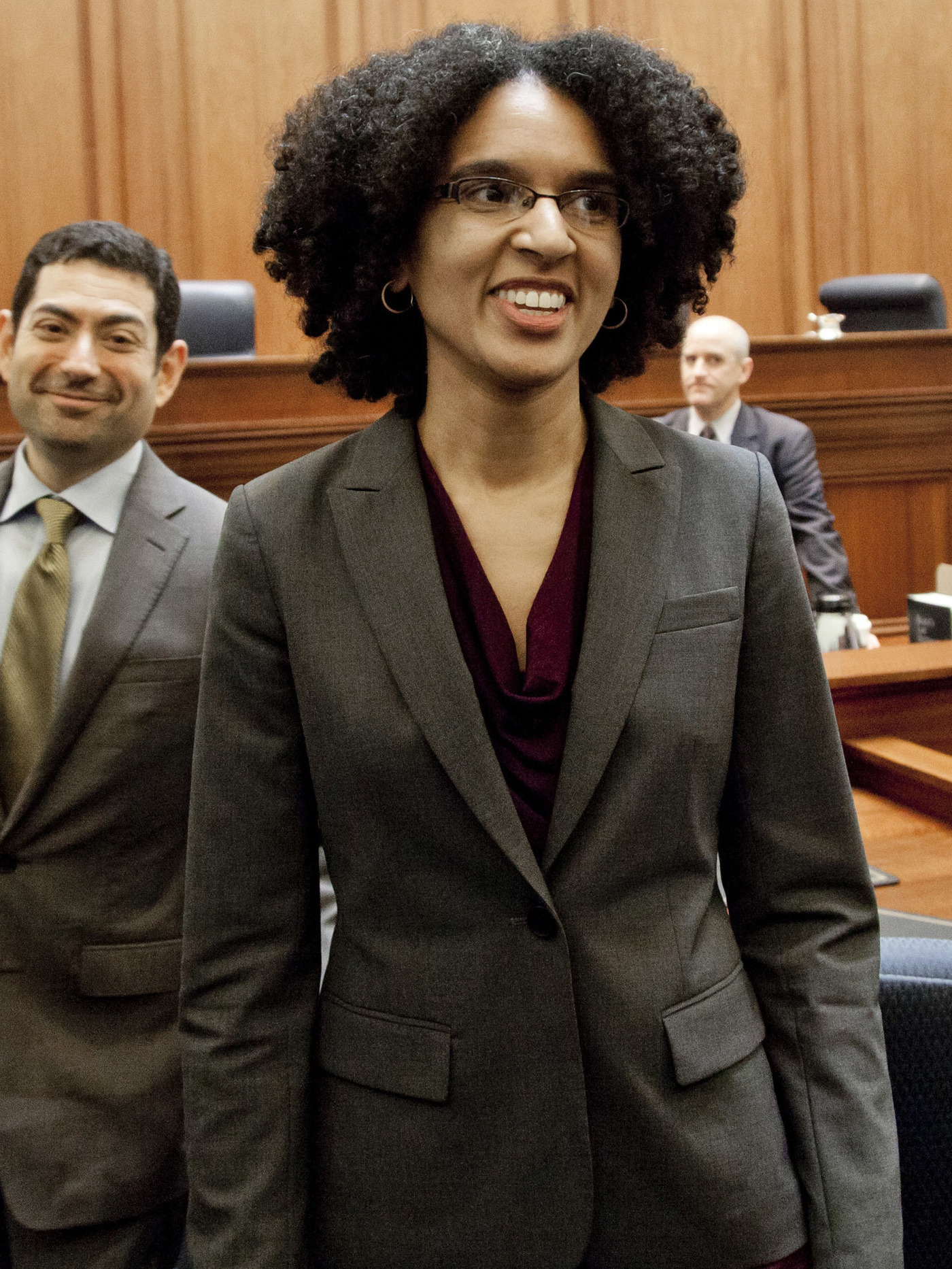 Leondra Kruger, right, is seen during her confirmation hearing to the California Supreme Court on Dec. 22, 2014.

MacBride also has long ties to Biden. He worked for the president-elect in the Senate and deferred law school 33 years ago to work on Biden’s first campaign for president.

Other new appointees at Justice could make history.

Vanita Gupta, who ran the civil rights unit under President Obama, may be in line to serve as associate attorney general, overseeing a broad portfolio that includes civil rights.

California Supreme Court Justice Leondra Kruger is a possible U.S. solicitor general — perhaps as part of a career track that could be her route to the Supreme Court as the Black woman nominee Biden has promised.